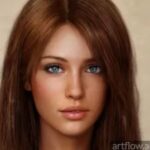 Are you new to roleplay?: No

Explain the new life rule in your own words: New life is choosing to kill your character if they die in a way which suits their story. You could start again as the same character if you are not ready to let go of them yet, as long as they die via PvE. If its PvP they are dead dead.

Emily Elysee was a student at the University of Kentucky studying biomedical and organic science (plants n stuff). She moved away from her mother from England to the USA when she was 18 due to the scholarship she achieved from the university. She drove a Green 1968 ford mustang and worked on it in her free time away from studying, partying and other activities. The car was a gift from her grandfather who lived in Georgia. Her childhood in England was no different to your regular kid. Her father left when she was 5 years old after her mother, Alexa, caught him cheating with his co-worker. This taught Emily to be wary of male characters that she romanticised or crushes she had throughout her life. On her 15th birthday Emilys mum took her to the USA and to the University of Kentucky to show her their biomedical department as Emilys biggest wish was to create medicine to end world problems such as aids, malaria etc. It was a huge ambition, but she studied hard through school and college achieving top grades amongst her classmates. She earned multiple awards for her experiments during college giving her the ambition to apply for a scholarship in the US. She applied to a couple of universities and colleges across the US with the University of Kentucky being in the top 3. The year before the outbreak on her 18th birthday after graduating college she was accepted into the scholarship program and began the new chapter in her life moving from the UK to the US. She said goodbye to her mum and left the country and has not been back since the outbreak started. She hopes her mother is still alive over there…

Emily is a cautious social butterfly. She aims to please but is wary of people’s intentions. She is intelligent but lacks focus sometimes leading her to make bad decisions and get her into trouble. This is because of her lack of common sense and fixation on situations or subjects. She enjoys partying and adventures and feels quite at home outside wandering through forests and fields looking at plants, flowers and trees. She enjoys her food however is very underweight due to her lack of focus on eating, so she skips meals. She also skips exercise other than walking. She LOVES the fresh air but hates it when it rains as it irritates her skin.

Emily is a slim build brown haired white girl. Her hair is long and wavy but very prone to becoming matted and messy. She has coral blue eyes and pale skin which can sometimes be red due to her irritation to rain. She is 5’7’’ and likes to dress In jeans and hoodies because they are comfortable when walking and hiking.

Her skills are linked to her study. She knows her way round medicine and plats and has a good way with words however she is underweight, unfit and skittish at some points. 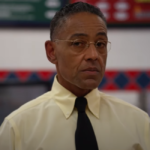 I see you already have server access, you should post this in the #request-a-char-thread channel on our discord. That's for people with server access who need a new char (death, new ssn, ect.)