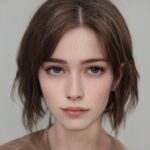 Not sure how possible this is with staff NPCs or if it would be hypothetically possible to have limited secondary military characters but nonetheless it would be cool to see this played out. Apologies for any formatting fails.

The season begins with the US Army occupying parts of Louisville and Raven Creek. This sees mainly the 1st Battalion, 26th Infantry Regiment and other units defending their sections of Louisville and strategic locations such as the Louisville General Hospital, Louisville State University, and the industrial quarter from the hordes of zombies. The 6th Squadron, 4th Cavalry Regiment and other units going rogue Spec Ops: The Line style and establishing a martial safezone in Raven Creek and eventually becoming more paranoid and tyrannical until they begin to openly shoot any non-uniformed people.

-W1: Army controls yellow zone, open trading/bartering with military personnel
-W2: Army controls green zone, military personnel will test for infection before interacting, removing gear, clothing etc, active snipers
-W3: Army controls blue zone, hospital is cut off from frontline, same as before but military personnel at front will begin firing on survivors
-W4: Army controls purple zone, hospital is still cut off from frontline, military personnel will open fire without warning
-W5: Army controls red zone, industrial area is cut off from frontline, hospital has fallen, military personnel will open fire without warning, more machine guns and armored vehicles present, artillery strikes around Louisville begin
-W6: Army withdraws from Louisville, artillery is gone
https://imgur.com/SOSmoD1
-W1: Rogue army controls yellow zone, refugees accepted into city but must follow terms set by rogue unit
-W2: Rogue army pulls back to green line, new refugees refused from green zone, overflow refugee camps build up outside green zone
-W3: Rogue army controls blue zone, begins openly firing on anyone outside of blue zone, curfew becomes tighter and refugees are subject to random testing/searching
-W4: Rogue army controls purple zone, city blocks surrounding entrance to bridge, any non-military personnel inside the purple zone will be shot, active snipers throughout the rest of the city
-W5: Rogue army controls red zone, bridge entrance has fallen, loading dock cut off from frontline, same behavior as before with more machine guns and armored vehicles present, white phosphorous strikes around Raven Creek begin
-W6: Rogue army withdraws to southern military base, loading dock has fallen, active snipers remain within blue zone, sporadic white phosphorous strikes around Raven Creek
-W7: Rogue army remains in souther military base, white phosphorous strikes cease
By limiting the map early on and slowly releasing it would add a controlled loot-creep over time as more and more areas become accessible, like in This War of Mine where over the course of a few weeks locations such as the hospital and construction site become available. This would prevent factions and players from becoming overly-stacked early on and reduce the need for sudden teleport bandit attacks by slowing down the looting overall.
Coming with the occupation zones would also be a series of events announced over Discord, two examples would be:
A survivor in Louisville reaches the blue zone during week 5, desperate to reach his loved ones supposedly just over the Ohio river. He is met face to face with a full rifle squad of soldiers and 2 M113s.

A transmission crackles across the open frequency. Already you can hear distress in their voices.

Please! We’re not infected! I just want to see my Daisy! I she’s in Indiana she TOLD me she’d be there and we’d meet and everything’d be fine!

An airliner at the Louisville International Airport is hijacked by a group of survivors at the airport including a former airline pilot who has gotten the aircraft to an airworthy condition over the course of 5 weeks.

Distant static grows in intensity as this transmission has somehow found its way onto the local frequency.

Listening intently, you hear nothing else for the next few minutes. Suddenly your radio crackles back to life.

With no response from the other end, the fighter pilot appears to be talking to himself.

Something is different this time. A twinge of apprehension in his voice, unease.

(idk why it didn't save my radio sounds but whatever)

There's something like this being implemented in the new season.

We've got a military faction ran by our admin team, which players can join for such events. There will be more info on this on our forums soon, for now all our info on this is on our Discord server.

To all my killaz and a hunned dolla billaz.
Discord: Goodfella#4420